While you can link Differential revisions to Maniphest tasks, Maniphest only displays a dumb list of the tasks. Showing their status would make the tasks much more useful at a glance.

My very particular usecase is perhaps out of your target audience, but let me attach the result first, as I think it's desirable:

The reason I really want this, is because I'm hoping to be able to use Differential to manage reviews of patchsets, in the style of most low-level Linux projects. Projects such as the kernel, Wayland (which I want this for), X.Org, GNOME, etc, each use Git with local mutability but remote immutability, to produce patchsets. That is, whilst developing, we break each patch into small, digestible, changes which are easily and independently reviewable, with judicious git rebase -i. These patchsets are meant to be considered as a whole, but for review purposes, each patch is considered individually.

This is probably a good example, where the combined changeset would've been much too large to comprehend in itself, and also where many of the separate changes required entirely separate reviewers: http://lists.x.org/archives/xorg-devel/2011-June/thread.html#22868 - hopefully it goes without saying that we'd love to move this off mailing lists and on to better tooling.

Differential's immutable mode falls down here, because it still presents the result of the entire patchset, not the individual patch for review. I don't expect Differential to grow support for this separate mode, since it seems to run contrary to all your usecases and would present a lot of UI work, but this tiny change would at least allow using Maniphest tasks almost as JIRA-style epics, to track the review status of each patchset and co-ordinate landing those patches. ('arc land' is also useless to us in a number of cases, because the merge process often involves multiple stages of merging through sub-trees, before it lands in the master repository.)

I do have a patch which implements this, however it's pretty horrendously ugly, directly bashing the TaskDetailView controller. I suspect a more reasonable approach would involve the PHID's renderLink method. I haven't attached it as your contributor guidelines make it incredibly clear that I shouldn't at this stage.

Thanks for considering this. Let me know if you consider it useful and we can work out how best to land it. 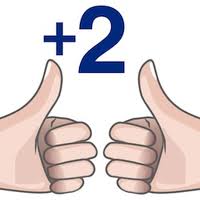 Are those being rendered with https://secure.phabricator.com/uiexample/view/PhabricatorStatusUIExample/ ?

@chad Ha, no. It's a pretty terrible hack to manually construct the tags directly from within buildPropertyView; pulling the revision object and then building up each of colour/icon/etc with a bunch of manual switch statements. Lots of copy-and-paste. If using PhabricatorStatusUI on the revisions is the way to go, I'll see how that works tomorrow and if there's anything I need to do with the revision class itself to implement that?

Anyone is welcome to contribute this, it would be a nice addition. Easiest UI wise to use https://secure.phabricator.com/uiexample/view/PhabricatorStatusUIExample/.

Thanks @couture! Sorry mine vanished: it took quite some time to get the CLA signed and I lost all time after that.

It might not be what folks are looking for, colour-wise. If there's some consensus about what the colours should be for each status, I could update the diff. I just made a best guess from looking at other places in the code.

Sorry, this is a lot harder to build than it seems like it might be, and probably not appropriate for a contributor. In particular:

Untangling this is very complicated.

Fair enough. I can appreciate all the problems with the submitted diff and why the problem space is more complicated than it appears -- this was more of a proof of concept for the team I work with than something that should be consumed by a wider user base.

I suspected my having read the code-base for a couple hours to drum up a PoC is not going to yield a desired, and more importantly sane, approach.

Thanks for taking a look.