epriestley added a comment to T13670: When a repository remote URI has a username in the URI and a different credential username, fail in an obvious way.

...possibly, but not conclusively, a result of an SSH version upgrade... 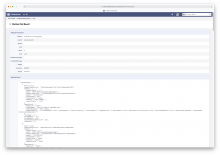 Ah, that's helpful. I found a repro, it's specific to the behavior of the ImmediateFuture pathway for non-clustered resolution of Conduit "calls". This should force it from any configuration/state, I think:

I'm able to reproduce this but I'll investigate further

I think I did conflate this partially - namely that this isn't directly caused by the issue discussed in T13365. Where this issue came up for me is while testing out D21715, I removed the head commit from the on-disk repo which caused the landing page to not render properly:

I'll have some more detail in D21717 in a minute, but I can't immediately reproduce this, I think? If I intentionally break diffusion.historyquery like this:

In Mercurial, I'm not exactly sure how wide this window is. Since you normally can't strip commits in the remote by pushing (AFAIK?)

This is true, though it does change a bit if we enable evolve server-side. Then when commits/branches are pruned when pushing/pulling those obsolete markers will also be transferred, allowing similar disappearing commits (retrievable via —hidden). However I believe by default mercurial does not allow pruning public changesets (would require forcibly changing phases on client/server, or running a server/branch in non-publishing mode). Supporting evolve/topics server-side is probably large enough that it would be its own big project. So I think this assumption holds up well.

(D21715 is still a draft, but I left a couple of more specific comments there.)

Does this refer to when multiple dependent commits are pushed and then stripped from the on-disk state?

Another caveat here is that if you destroy commits directly in Phabricator's working copy in certain states, it's possible it won't be able to trace ancestry to find all the commits you destroyed in order to mark them unreachable. However, this window is narrow. For Git, you can bin/repository mark-reachable to rebuild reachability if you know you've done a bunch of dangerous mutations to the on-disk state.

A minor issue on the way to this is that calling synchronizeWorkingCopyBeforeWrite() with an omnipotent viewer will write to the WorkingCopyVersion table with a null userPHID, which shows as "Unknown Object" in the UI.

A useful maintenance operation for staging area repositories is to remove out-of-date staging refs: old diffs which have already landed. This is of some particular importance for large installs, since Git has a significant per-ref overhead for many operations until protocol v2: by the time a repository has ~50K refs, interacting with it in basically any way has become slow and cumbersome.

This issue is still occurring.. the root cause is related to phabricator being set to allow-public. My fix still works and it would be nice if anyone here would support me bringing this upstream.

One call to for-each-ref comes from resolving a list of commit hashes, to test if they still exist. This is accomplished with DiffusionLowLevelResolveRefsQuery, which calls git for-each-ref first and falls back to git cat-file --batch-check.

Has this repository changed?

epriestley added a comment to T13290: Clean up remaining "Autoclose" behaviors related to "One Revision, Many Commits".

A general concern with "batch processing" is that it's quite bad if one commit failing to import can stall the entire repository forever.

See also T13552, which modifies the above discussion. The "Update" steps now happen after the "Publish" step.

When you are viewing a document with engine X, and comments originally made with engine Y are present, this should be indicated ("This comment was made while looking at this change as a Q document."). They should probably also be moved to the top/bottom of the file, at least by default, since "Jupyter line number 9 = raw source line number 9" is an exceptionally bad and confusing guess at how to map line numbers.

For now, I fixed the explicit misinformation in audit.can-author-close-audit, at least.