Tags
Subscribers
Assigned To
Authored By

PHI1125 is hitting some issues with JIRA integration on a modern version of JIRA. (Noted on T5422.)

PHI1105 would like a "View All" on dashboard tab panels. In some other cases (including recent cases in Build Plans), I'd like to look at putting a "More Results" element at the bottom of a query UI where a pager would otherwise go. Although including this kind of element isn't quite as pristine as omitting it, I think this is significantly more usable, and the distinction between "exactly 10 results" and "first 10 of 10+ results" is broadly not as clear as it could/should be in many interfaces.

PHI1175 would like a "JIRA Issue URIs" field in Herald.

See https://discourse.phabricator-community.org/t/call-to-undefined-method-getprofilemenu/ for a likely missed ProfileMenu callsite on the project background controller (?)

On Instances, the "name prefix" search is now somewhat obsolete given that instances can be renamed. It searches by instance internal name, but this may be unrelated to the display name. 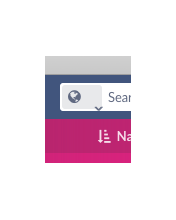 PHI1166 requests we document all the project dependencies somewhere.

PHI1159 et al. would like Herald access to "This revision landed with ongoing or failed builds.", either to block commits or trigger audits.

This is just slightly misleading -- it only does fulltext queries using the fulltext engine. So it's working properly, it just doesn't do what I misremembered it as doing.