Allow revisions to be queried by affected path via the API
Closed, ResolvedPublic
Actions

The "affected paths" index, which allows open revisions to be queried by which paths they affect, has been updated: 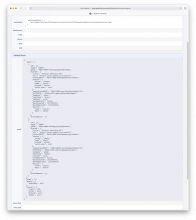 With phabricator.developer-mode enabled, you can now inspect the affected path index directly:

These changes fixed a couple of bugs and limitations with the index. In particular:

The index is now always built, and always rebuilt when the repository is changed. This index update is not retroactive. You can optionally run this script if you'd like to fix existing indexes:

This script is safe to run while Phabricator is online. There is probably little reason to bother with this unless you plan to run a bunch of historical queries, or just like tidying up.

There is currently no way to search for revisions that affect /example.txt but do not have a repository. This probably isn't terribly useful. (As a workaround, you could query for revisions affecting /example.txt, then filter them on the client.)

See PHI2025. An install would like to query revisions by affected path, as Diffusion does to generate the "Recently Open Revisions" panel (which is a bit oddly named?).

DifferentialRevisionQuery currently has withPath(repository_id, path_id), which may be called multiple times. It is called by:

epoch seems like it's useless; nothing ever queries it.

The <repositoryID, ...> would almost certainly be better as <pathID, ...>. This table is never queried with a repository ID and no path ID.

This would be easier to query with repositoryPHID than repositoryID, but that's probably not worth the effort of migration.

The withRepositoryPHIDs(...) + withPaths(...) API is technically less powerful than withPath(repository_id, path_id). For example, it can not, in a single query, select:

There's likely no use case for this and any reasonable caller can almost certainly execute two queries.

I'm likely to break the paths constraint for frozen API method differential.query. This was added by D2788 as a Facebook-specific patch with no rationale that I can dig up, and the author didn't have any related changes from around that time.

I believe arc has never used this constraint and it likely has had zero callers in the wild for many years.

This is now in stable; presuming it works until evidence to the contrary emerges.