Workboards now have some new features:

Here's a screenshot showing these features, except that it's kind of difficult to show dragging in a screen shot so the screen shot does not particularly show that change: 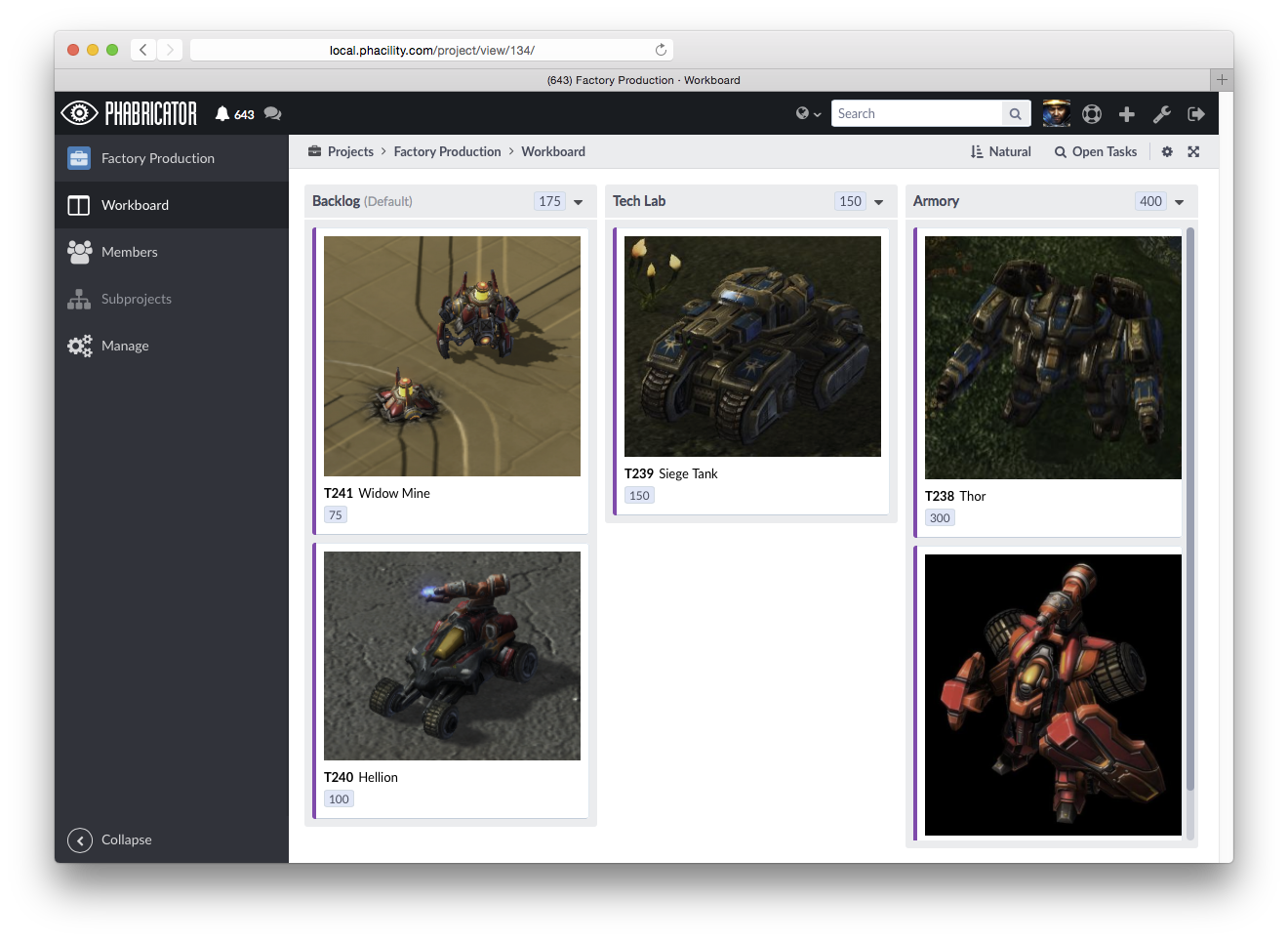 Dragging cards should work better: columns now scroll internally, so it's easier to drag cards from long columns to shorter columns. Dragging cards to the edge of the screen will scroll it left or right, or scroll the target column up or down. Columns virtually extend to the full height of the screen. You can also pan the board left and right by dragging the background.

Cards now support cover photos. To set a cover photo, drag an image from your desktop onto a card on the workboard. For details and some planned followups, see T10293.

Cards can now show point counts. By default, columns will show the total number of tasks in a column. If you'd like to value tasks using a system like "Story Points", "Estimated Hours", or "Vespene Space Minerals", you can configure maniphest.points in Config. This will activate a "Points" field in Maniphest, show point counts on the workboard, and sum point counts in column headers. See T10339 for one followup.

If you've configured points, milestone workboards will now show a progress bar in the menu:

I wish it was easier to add tasks in the workboard view, though. Right now it's hidden away under the drop-down menu.
Compare this with Trello, where you can literally just start typing.

You got all of the mineral costs correct!

Someone on Facebook noted that I omitted the Cyclone. Eek!

The points in project really look like project tag, I found that a little confusing.

Else this was a really nice iteration.

Looks nice! Looking forward to the future plans for it, in the meantime i have a question:
Feature currently seems to assume a certain width for images, and scales images up or down to fit. In order to help my cover-photos avoid scaling and look their best I would like to know what that width is.