We've added an autocomplete feature to comments to make it easier to type usernames and project hashtags. Projects now have configurable menus and simpler rules around watching and subscribing.

This is a companion to the 2016 Week 4 (Late January) Changelog.

We've added an autocomplete feature to comments to make it easier to type usernames and project hashtags. For details, see Autocompleting Usernames and Project Hashtags.

This change is partially motivated by the upcoming introduction of subprojects and milestones, as reduces how learnable/discoverable subproject and milestone hashtags need to be.

The Projects and People applications now have "profile menus". In Projects, the menu is editable and you can add, remove, and reorder elements.

In particular, you can now add menu items to a project which link from the project to a wiki page in Phriction, a Conpherence, a "Create Task" form, a list of tasks, a list of repositories, an external resource, etc. This aims to address a large set of similar-but-competing use cases asking for these and other features to automatically be part of projects. T10054 has more detailed discussion about general project rationale.

Here's an example with a link to a wiki page, a chatrooom, and a "new task" link. I've also hidden the workboard for this project. 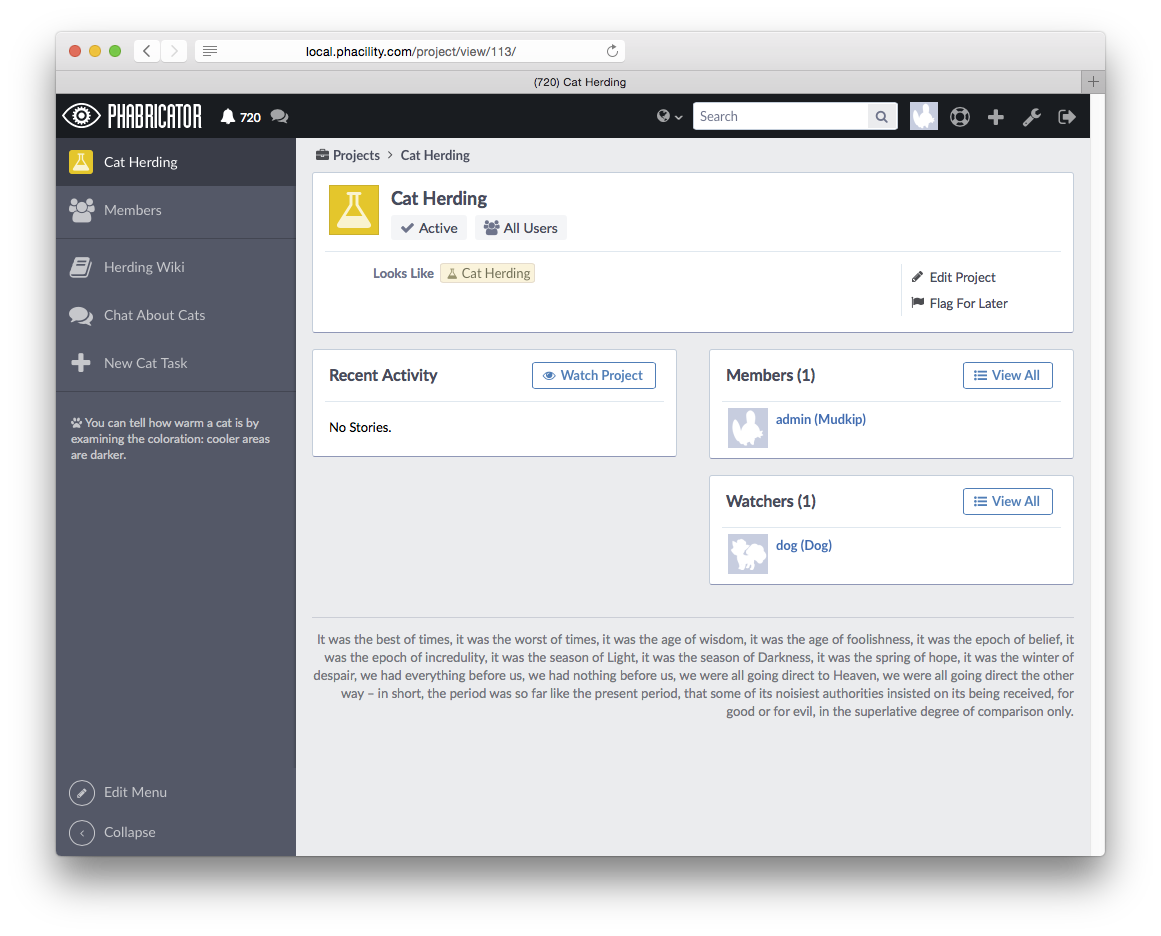 Now, the selection is explicit instead. Use Edit Menu to choose which item is used as default content. (When you create a workboard, you'll be offered an option to make it the default.)

Existing settings have been migrated, so everything should still work like it did before.

Have you discovered any novel facts about cats during the course of your research? See Request for Cat Facts at once!

Projects
None
Subscribers
None