For example the file anchor on this revision:
https://secure.phabricator.com/D18465#change-cv4o_.vkNhKk

When using the remarkup to link to it, the period prevents the full anchor from being used.
D18465#change-cv4o_.vkNhKk

The link will still navigate to the revision, it just won't jump to the linked file.

I think a better solution is probably to stop generating anchors with digestForIndex() and generate them with a new digestForAnchor() instead. This raises a couple issues:

We could limit the set of characters to 0-9A-Za-z, but doing this without changing existing anchors too much and without weird properties in the mapping seems a little tricky (e.g., we could replace . with a, but then a will appear twice as often as other characters). But maybe this is perfectly fine.

We could just put an "X" on the end and call it a day.

I'm inclined to try to be clever about hashing into the domain of 0-9A-Za-z.

This will break existing anchors (depending on how much we change the algorithm), although that's probably not a huuuuge deal.

I thought there was one in Diffusion too

I think I was remembering D18609, which is linked in D18465, just not T12970. That change made us use getAnchorName() in Diffusion too, so I believe D18909 is exhaustive in updating all relevant callsites for anchor generation.

Arguably, all the cleverness in D18909 isn't worth keeping only 46% of anchors intact. We could just break them all and use a simpler and more general hash algorithm instead. (But we could always break them all later, too -- the cost of breaking them the first time didn't seem large, and it intuitively makes sense that users probably aren't saving these links in durable contexts very often.)

This is at least fixed in theory. To verify it, I waved my cursor over a revision's table of contents and didn't see any periods. 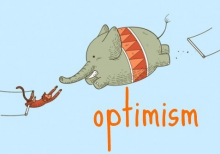