Until T10337 ships, how feasible is it to add the staging URL configuration into repository.create?

We are using the staging areas, and want to write a script to automatically create URLs. This is the only field absent from repository.create that requires us to manually jump in and use it.

Mentioned In
T10732: Creating repository via repository.create API does not get uri indexed
Mentioned Here
P1963 create_repo.php
T10366: General support for multiple URIs for a repository
T10337: Implement `diffusion.search` and think about `diffusion.edit`

This would be strictly obsoleted by T10337 and not help us build toward it, so we'd prefer not to pursue it in the upstream.

Generally, when we have a plan to do something "The Right Way", we're resistant to implementing a hack/stopgap in the meantime unless that hack mostly gets us closer to the proper fix. In this case, it would purely be a lateral move and bring us no closer to diffusion.edit.

You can also just update the JSON value in the details column in phabricator_repository.repository directly. This won't generate a proper transaction in the edit record, but will work correctly (that column is authoritative, and not cached by anything).

Oh, and as an unusual special case I'll upstream anything you want to do to PhabricatorRepositoryManagementEditWorkflow and we'll keep it not-broken until T10337, although I promise to break it after that. This workflow has special favor and exists outside the normal rules of usptreaming hacks.

My hack for it is P1963: It's a script, not a conduit, but it's reasonably usable other then that.

oh, I might take you up about PhabricatorRepositoryManagementEditWorkflow then.

That's a useful script! Thanks for sharing, that will likely do everything we will need and I can run that.

I ended up creating a custom extension.

This is good to close and eagerly await for diffusion.edit. I also am looking into paid prioritization based on our road map here, we'd love to start doing that for some items.

Sounds good. I added you to Community so you should have sweeping administrative powers now. 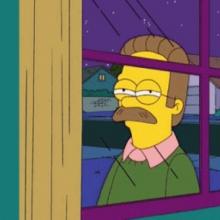 I'll definitely use my powers for evil. Thanks :)

epriestley mentioned this in T10732: Creating repository via repository.create API does not get uri indexed.Apr 6 2016, 1:32 PM
Log In to Comment
Phabricator · Built by Phacility