There are two projects on the Facebook GitHub which look like they're supported Phabricator extensions, but are not:

I believe these were written by a Facebook intern about two years ago for Hive. There's a bunch of discussion in T1206. These projects are very old, unsupported, and do not represent modern approaches to JIRA integration.

Because it's not clear that these projects aren't under the Phabricator umbrella, users will occasionally try to install them (see https://github.com/facebook/phabricator/issues/496 for the most recent example). These projects are almost certainly unsuitable for use anywhere except reviews.facebook.net.

I think it would be helpful for users on the balance to have these projects removed, or at least marked prominently as not supported and generally unlikely to be useful.

(Hive has also moved away from reviews.facebook.net; although I'm not certain what the whole story is there.)

We can't practically take these projects over, because change will break reviews.facebook.net and we don't have anyone who can help with making sure that goes smoothly (see D2450 for the last attempt). The approaches used by these projects (primarily, emailing stuff to JIRA) also don't have a future in modern integration (modern Phabricator has proper API-based integration with JIRA).

We can look at updating them. Thanks for the heads up.

I'm not sure these extensions really do anything the upstream doesn't anymore, except "work with the specific workflow used on reviews.facebook.net". See T3687. Particularly, here are some screenshots of JIRA integration in the modern upstream with no extensions: 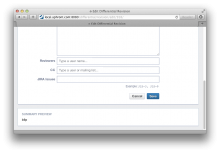 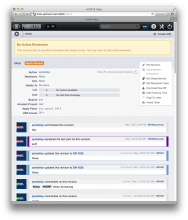 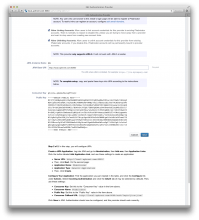 Some more confusion from a user in IRC today:

Could you add any details on what the recommended 'current approach' might be for JIRA integration?